Kayla and Nate met on a blind date and a few months later they knew they were meant to be. They decided to have their wedding on the one-year anniversary of their first date. Even though it was two days after Christmas, the theme of the wedding wasn’t holiday nor winter; it was all blush, lace and pearls!
The ceremony and reception took place at a venue called The Balcony on Dock St. however, this was actually that venue’s very last event! After their wedding on December 27, the venue as that name has ceased to exist. Kind of sad because it’s a wonderful little spot for a small wedding. It’s located in the heart of downtown Wilmington on the third floor of an old, historic building. Inside, the original wood floors and exposed brick on the majority of the walls give it a really industrial, rustic feel.
Kayla and Nate did not want to see each other before the wedding but they did decide to meet beforehand and have pictures taken together where they couldn’t see each other, but could touch each other. The guests in attendance were close family and friends, probably around 75 total. Perfectly small and intimate.
The “altar” was decorated in a shabby-chic way with old doors framing where they would stand under, and a sign with “I have found the one whom my soul loves” was handwritten on the board across it.
When Kayla was 14 her parents gave her a promise ring that she would stay pure until she was married. After her father walked her down the aisle, he took the promise ring off of Kayla’s finger and gave it to Nate, symbolizing that he was giving away a pure bride.
After the ceremony, guests went downstairs and outside to the courtyard to enjoy cocktail hour while we took pictures all along the riverwalk and side streets with cobblestone roads. It’s so different taking pictures on busy city streets as opposed to a private venue, but downtown Wilmington is so beautiful!
Back at the reception, Kayla and Nate danced their first dance together. They had YouTube’d a choreographed dance to Ed Sheehan’s “Thinking Out Loud” and learned all the moves (which was so adorable!). Then guests were served dinner and the bride and groom mingled around to each table. The father-daughter dance was also choreographed and very cute to watch. When it came time to “cut the cake”, they actually cut two desserts. Kayla likes cake and Nate likes pie so they both cut a small piece and fed each other their desired sweet.
Kayla opted to not have a DJ with dancing at the reception. Instead they had someone play music for the background and one fast song to dance to and one slow song for all the couples to dance to.
At the end of the night, guests left with little jars of locally sourced honey and they said farewell with a sparkler exit for the new Mrs. and Mrs. 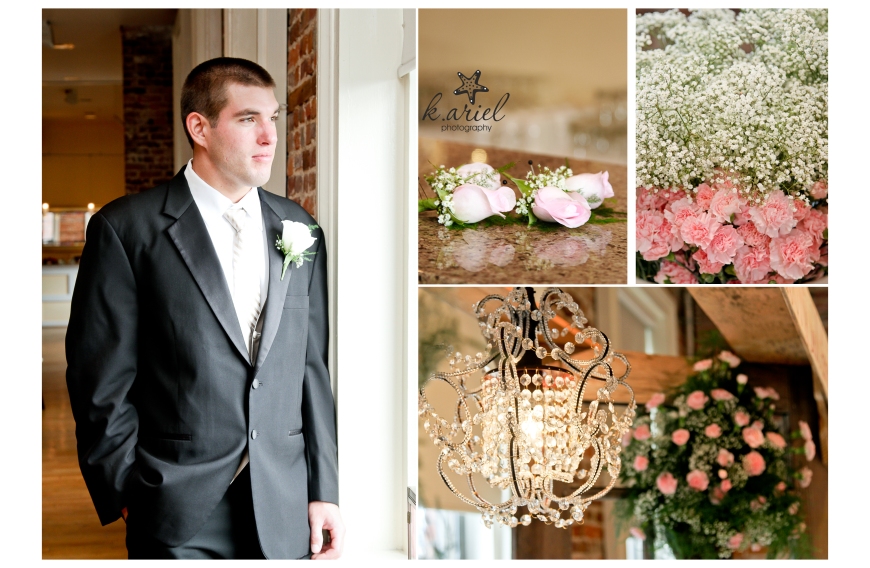 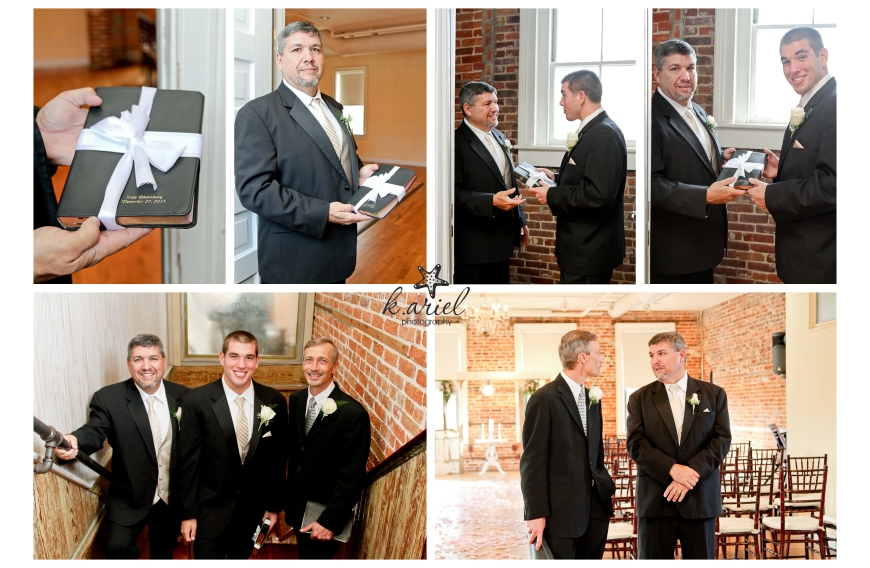 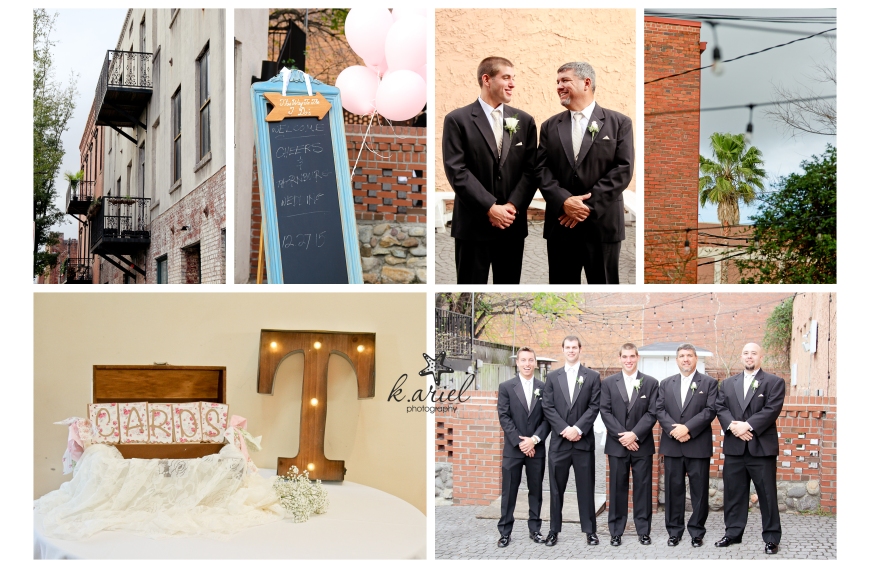 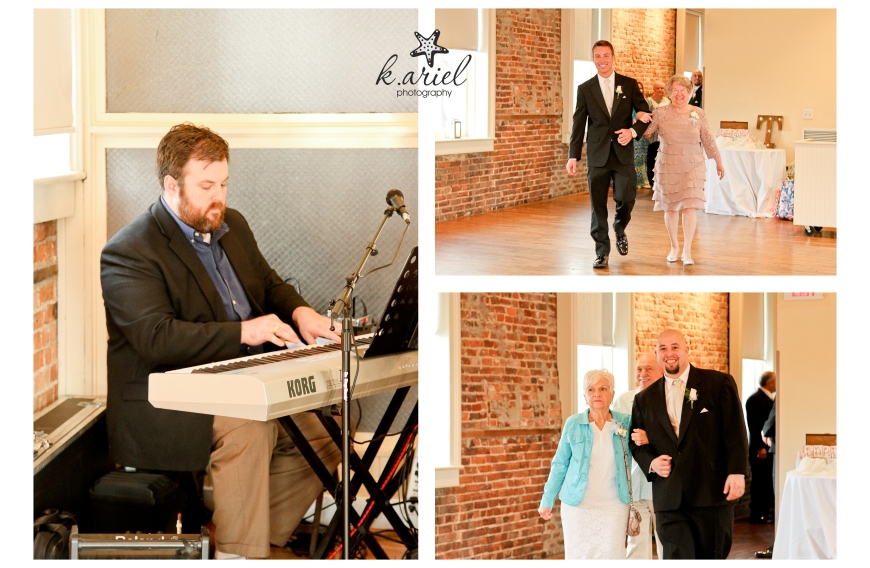 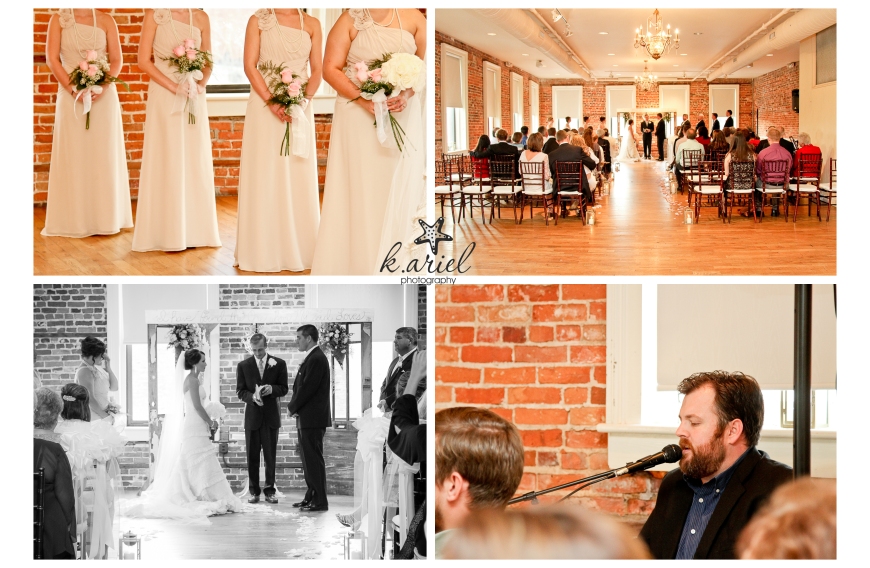 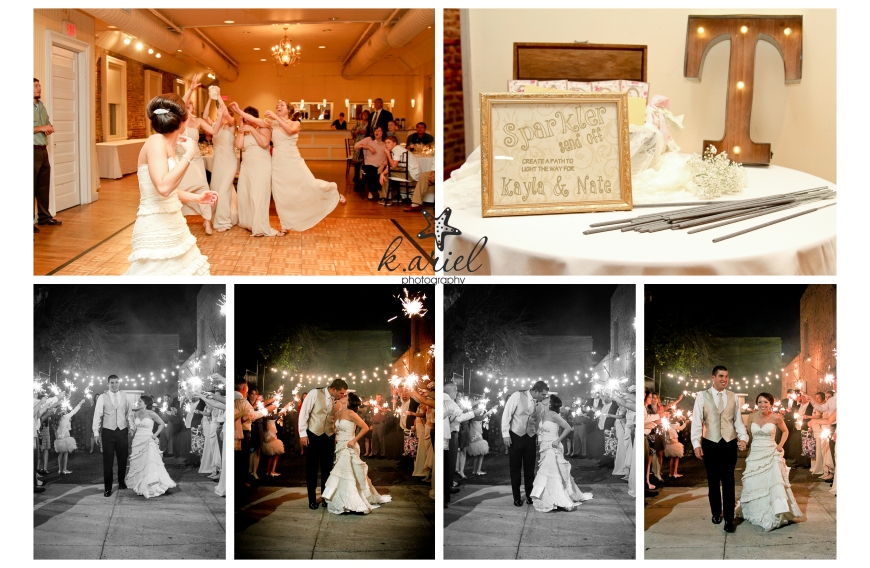